Quite the title, innit? This is the official (well, the seller’s) title of the newest piece in my one of my audio chains. Do I have more than one? Embarassingly, yes. I know. The best girlfriend ever fortunately has never been able to identify the small black boxes that appear and disappear on the IKEA shelf next to the TV and usually doesn’t notice when there’s one more or less. At present there’s one more. The “Douk Audio Mini Valve Tube Phono Turntable Preamplifier MM Stereo Class A Preamp”. Which it, I can reassure you, it is what it says on the tin. I wasn’t aware that there were class A preamps (with tubes no less) but a quick Google search confirmed that this wasn’t a marketing gag. On the other hand, I have seen catchier pre-amp names. Saga or Lync come to mind.

Anyway, the above mentioned piece of kit has been available for on ebay and various retailers of Chinese Hi-Fi and for £54 is not so expensive that when it explodes it leaves a particular bitter taste in your mouth (apart from the chemicals and the small glass tube pieces in your chin) but dear enough to be moderately reassuring. Douk Audio is one of the  brands of Shenzhen Cavins Technology ( Nobsound [yes, really] being the other one), and they seem to be flooding the market with affordable tube gear for tube-curious . Read the classic audio geek/nerd/anorak sites like DIYaudio or Audiokarma , and you get the impression that these things are walking, er, delivered death traps, full of unsafe soldiering, incomplete grounding, dodgy contacts. Well, this one didn’t have point to point soldering but – as far as I can see – comes on a PCB board. Delivery took reasonable 5 days and after unboxing, this was what I found in the little package:

…which, after a bit more unpacking, revealed this (sorry, didn’t have a banana available): 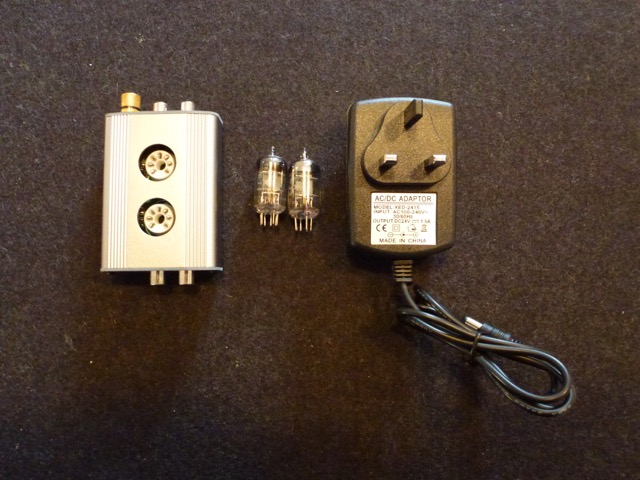 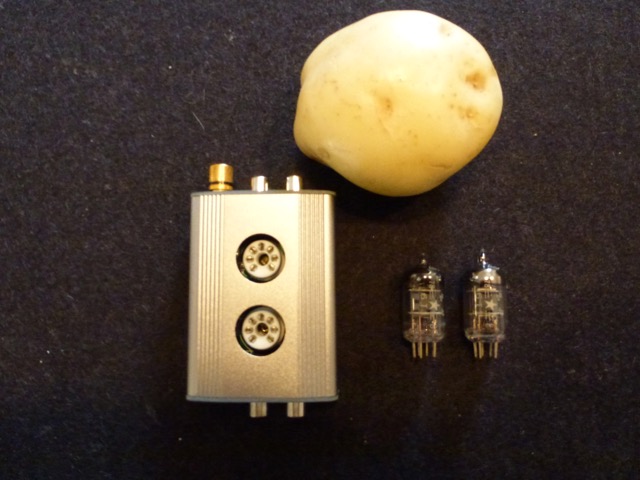 The tubes are 2 small 6J1 (apparently not the bee’s knees in the audio world). 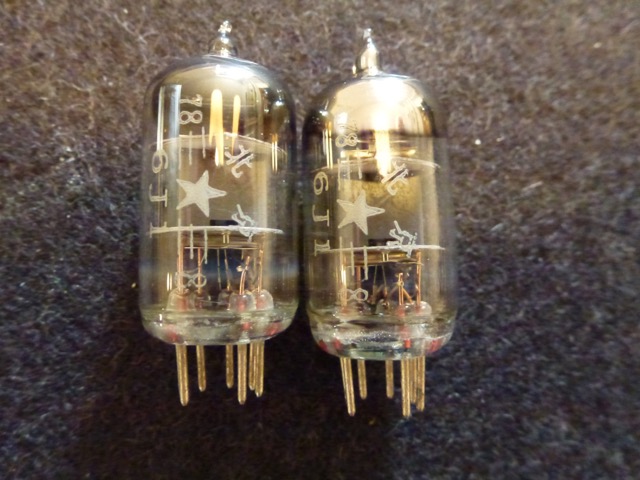 Putting the little pre-amp together and hooking it up between my turntable and my amplifier (the lovely Musical Paradise MP-301 MkIII) suddenly gave me an all tube audio chain.

First impressions: it works. And it’s silent. Having had issues with noisy tubes before, the little preamp was completely quiet, and even turning the amp up to max didn’t reveal any extra noisiness. So far so good.

Second impression: listening to my vinyl test panel (ABC: Show Me; Matt Bianco: Summer Song; Donald Fagen: Century’s End) it turns out they are bit bright. Not in an unpleasant way, but you can definitely tell they favour the upper frequencies. This improved after a few hours (and with higher volume) but according to the web one is supposed to exchange them with some higher quality tubes which I will do. For the moment the thing works and I have no qualms about the purchase and the best girlfriend is happy because she likes tubes (she likes the glow). 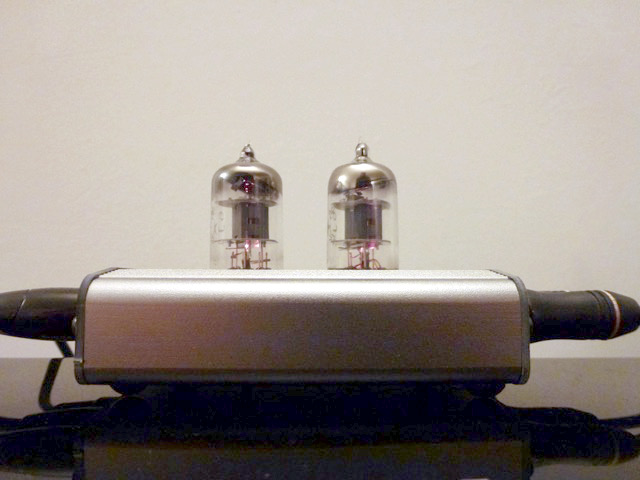