My Apple TV is dying. It’s the beautiful, sleek first generation model that worked really well within the best girlfriend ever’s living room design (and not like these pokey, hockey puck resembling newer ATVs), but it’s now 6 years old, and it makes funny noises at times, has the odd flicker and, like a geriatric projectionist gets rather hot and refuses to play the chosen film until you feed him Werther’s Echte or it’s Carry On movies all the way. Last night it refused to play ‘Castle’. The best girlfriend ever almost had a heart attack. So I started to research alternatives. It needed to be cheap and the old IBM ThinkCentre I had lying around was just what I needed, but its motherboard threw so many BSODs that even an XP install was torture. So a new machine it had to be. But within reason please, as ‘a penny saved is a penny earned’ (Mrs Cosmopolite, Nr 3 Quirm Street). A small form factor would be nice, so mini – ITX was the motherboard size of choice. After looking around for a bit, I found this: 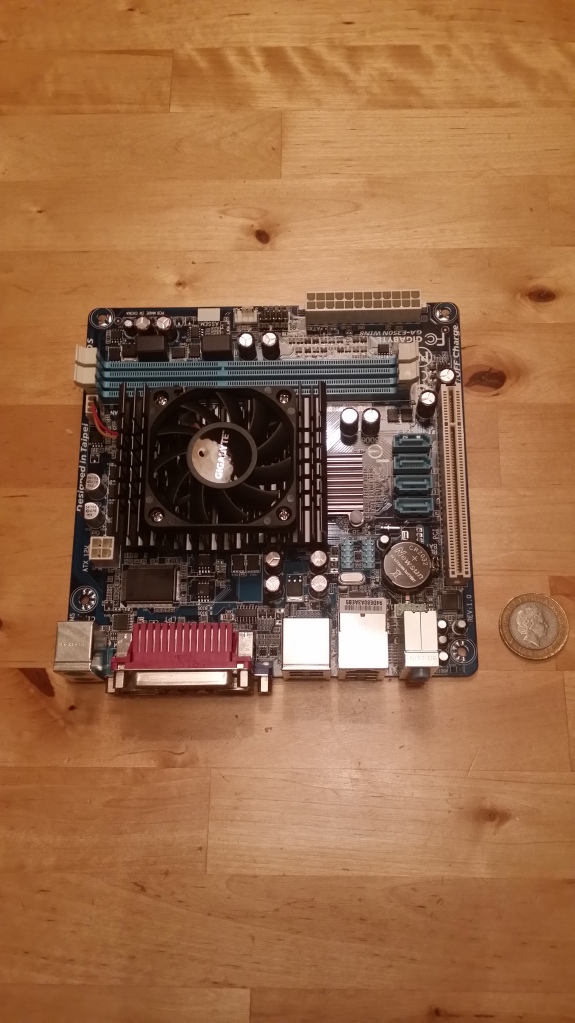 This is the charmingly named Gigabyte GA-E350N WIN8, a 17x17cm teeny weeny little powerhouse with some interesting properties like an old PCI slot and serial port, so clearly made for people  who still have some legacy hardware lying around. Just like yours truly. It comes with a nice AMD E350 dual core CPU, so no need to buy a new one. It has decent Radeon onboard graphics, but this being for Castle – serving purposes it’s not really that important.  Admittingly, it’s not the quickest chip in town, but Castle is not the hippest show in town either.  Now all I needed was a nice case. There is still a Macintosh SE/30 lying around in the garage that was ruined by corrosion on its motherboard, but that’s going to take a few weeks to get ready, and time was of the essence, because you never know how long the AppleTV will be working. So an alternative case had to be found. After some deliberation, the postman delivered this: The snappily titled Cooler Master Elite 120 Advanced USB 3.0 Mini ITX Case. It is rather beautiful. And it fits so much stuff! And the best thing: you don’t have to buy a new PSU, but can just use your old ATX PSU. Genius! So, after unpacking, I was looking at this: 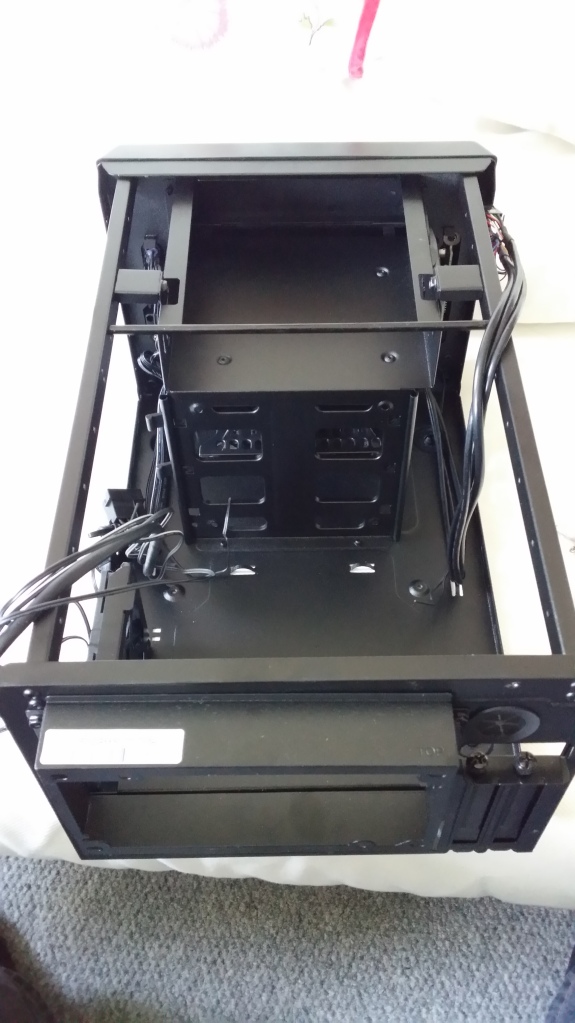 Mmh. It looks nice and clean. See whether I can get this working. 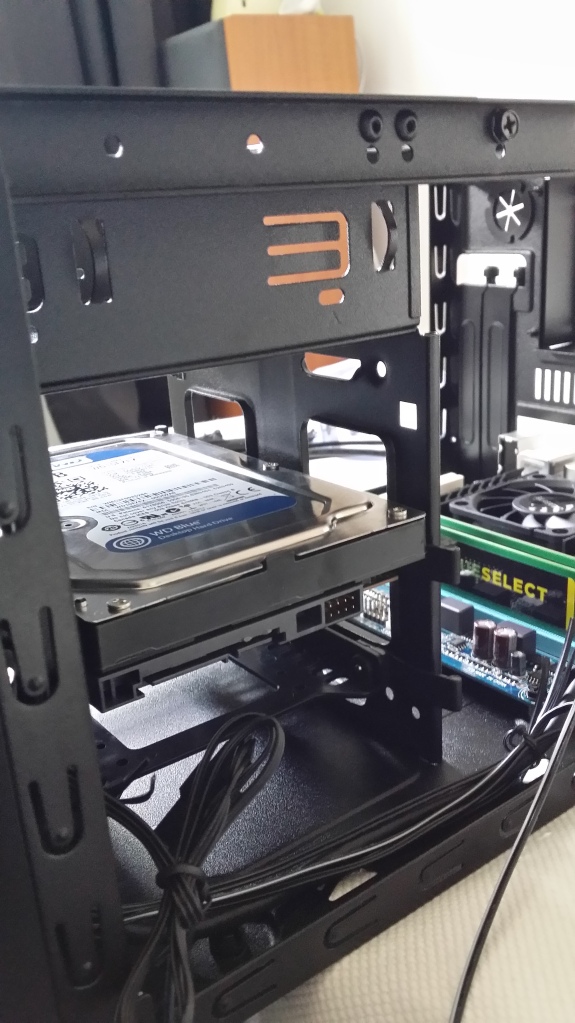 Ok, so that’s how you fit in the hard disks. I wonder if I can get a few more in there… 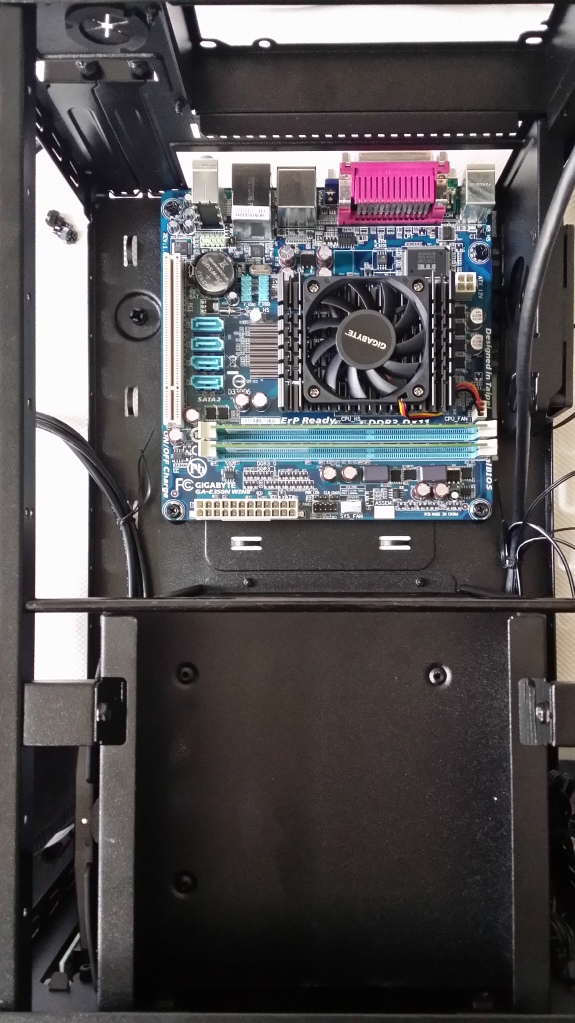 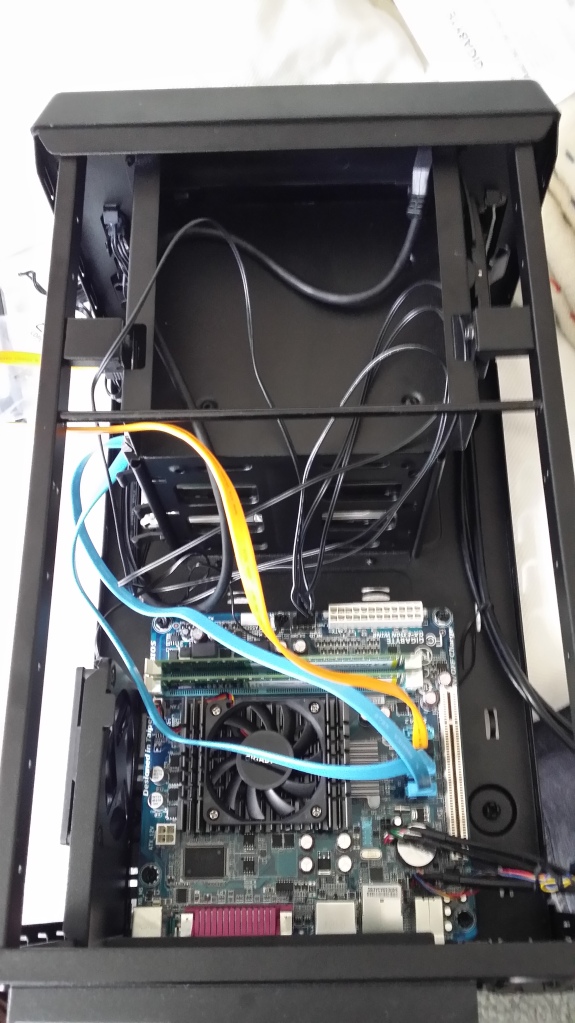 It’s a bit like a weird game of Jenga 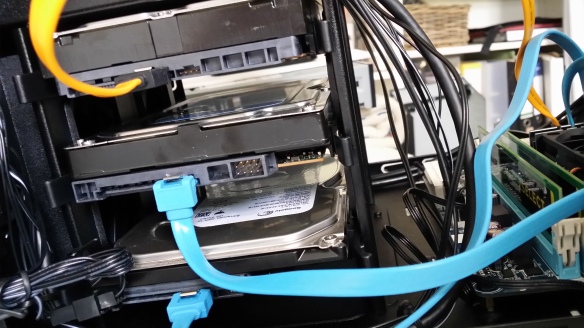 Three Terabyte,  That will fit a lot of Castle 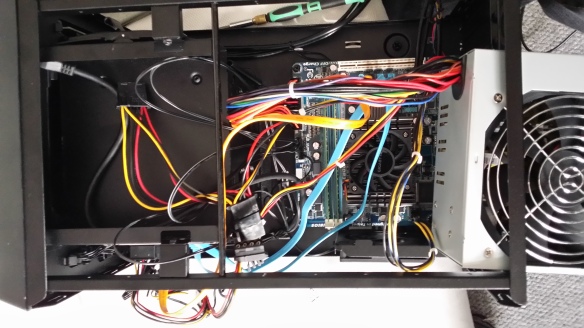 So you slide your old PSU in there from above… 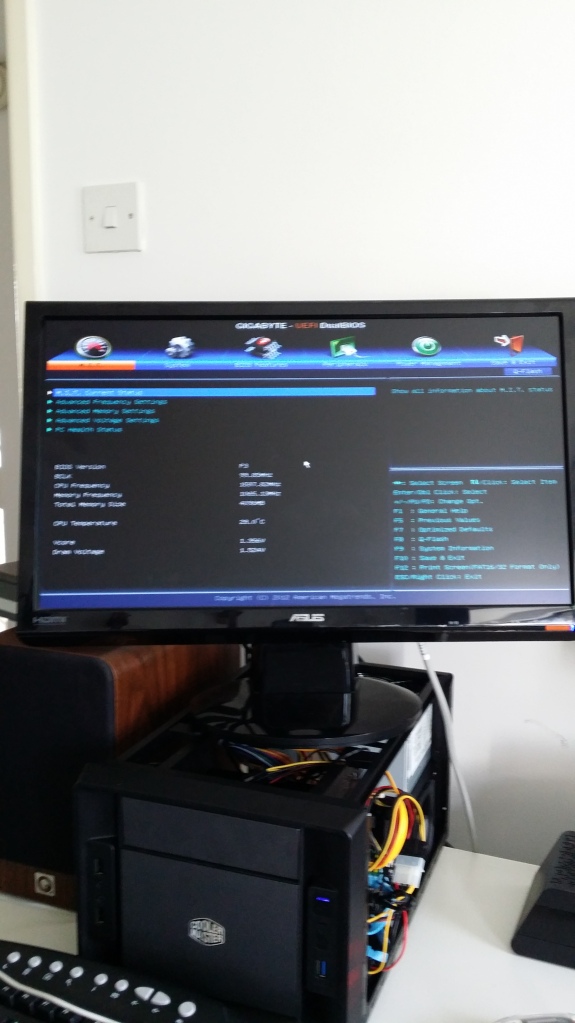 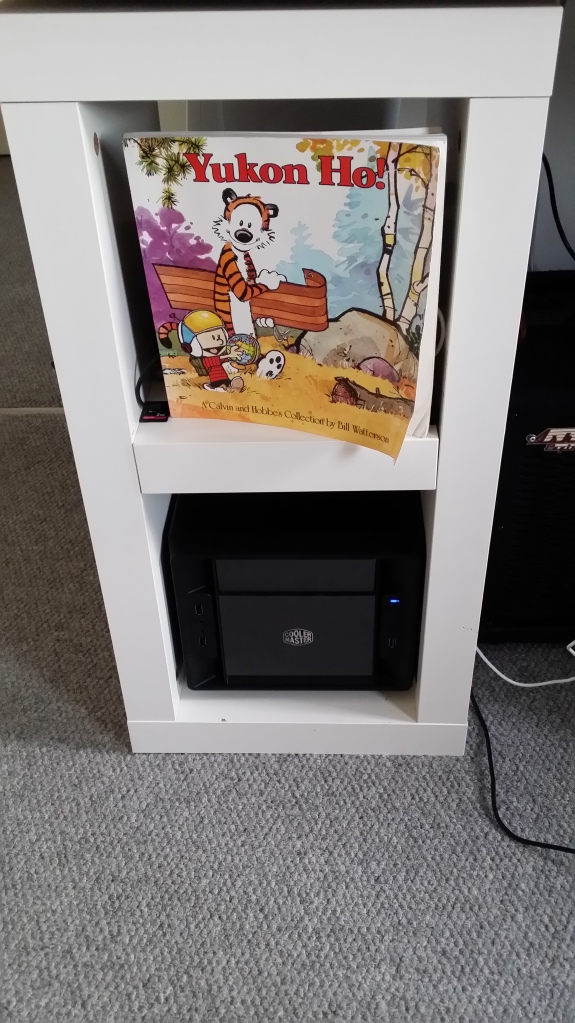 So, software. Well, I thought about Debian and Open Media Vault, but both were being bitchy about my ancient external USB DVD-Rom and refused to install (and were bitching about Grub2), so in the end it was an old legit XP OEM disc that I had lying around. Which is fine with me, because it runs Itunes and can now serve the soon to arrive hockey-puckish AppleTVwhatevergenerationtheyareatnow. And it stores all the action shots of my mouse and bird cams. And it serves music to the various Revos that are strewn around the house. All that for less than a 100 quid.