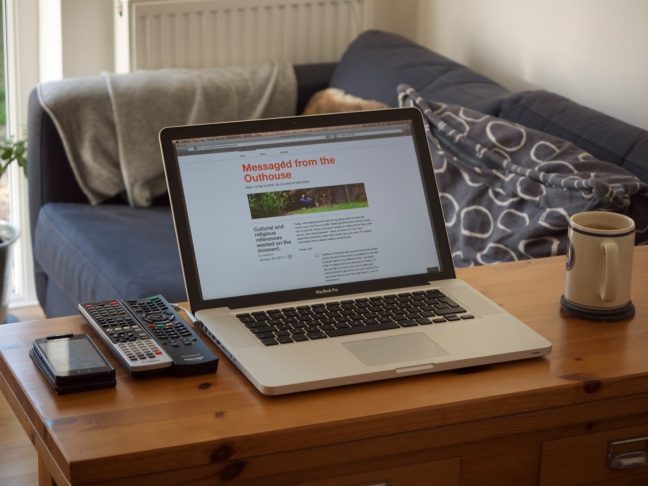 So I bought a new MacBook Pro. My old MacBook was starting to lag a bit and was so tattered and battered that it started to become a bit of an embarassement.It now rests in the office and is working diligently as backup storage and media server. To get the new MacBook, all I had to do was walk into the Apple Store in that monstrosity that is Westfield Stratford, tell the nice polish store assistant what I wanted, gave her my credit card and, fuuump, 2 minutes later I was walking out of the store, schlepping a nice new computer. Of course I could have ordered the beast to be delivered, but as the bloody mall is literally on my way home, this was much better.

Now, rewind to 1998. In my 5th year as an Apple owner, my main machine was a Power Mac 7100, a painfully slow G3 PowerPC based, ugly as hell beige brick that I was immensely proud of. To acquire such machines (and remember, this is year 4 of the web) you would have to search for the hidden 5 or 6 Apple dealer around the country (or, in my case, search for the even more obscure used Apple dealers). On top of that, I still had a Powerbook 165 lying around (with a 68040 chip!), a Macintosh IIfx and a Powerbook 150. All computers that were terribly slow and rather ugly compared to the then (comparatively) blindingly fast PCs. But as an Apple owner you would sneer and get a rash in the presence of any Microsoft product or Intel based PC. When in 1999 I finally bought my first iMac and thanks to Steve Jobs Apple’s ascendancy to the most valuable company in ze vorld was secured, nobody thought back to those painful years between 1986 and 1998 when Apple was almost completely irrelevant outside the graphic design studio.

So, do I get any Lurve from Apple for my unwavering commitment over 20 years of ownership (ok, their shares made me a fair bit of money)?

No. On the contrary. The bloody things seem to be getting more expensive every year.

But then, would I have any other portable computer? Looks I’m locked into their business model forever.

They are rather shiny, though.