I am a member of a dying breed: the car that takes me around Mid-Essex is a Lada, making me a Lada driver. There’s not that many of us out there, and most people haven’t seen a nice a Lada in yonkers. Mine is an especially nice one, thanks to the care and love by its previous owner who took it all around Britain, pulling a caravan. Apparently it made it without any problems numerous times to the Highlands and back and so far I have not encountered any problems either. Ok, it’s carburator is a bit iffy and after getting warm it has a tendency to have some problems in the lower rpms, but for problems like this you have the Lada Club UK. Around since 1978, it has catered for any aspect of the Lada community and now has me as a new member. Just like Lada drivers Lada Owners Club members are getting fewer and fewer, but how could you not want to be in a club that for just a few bob per year gives you all this: 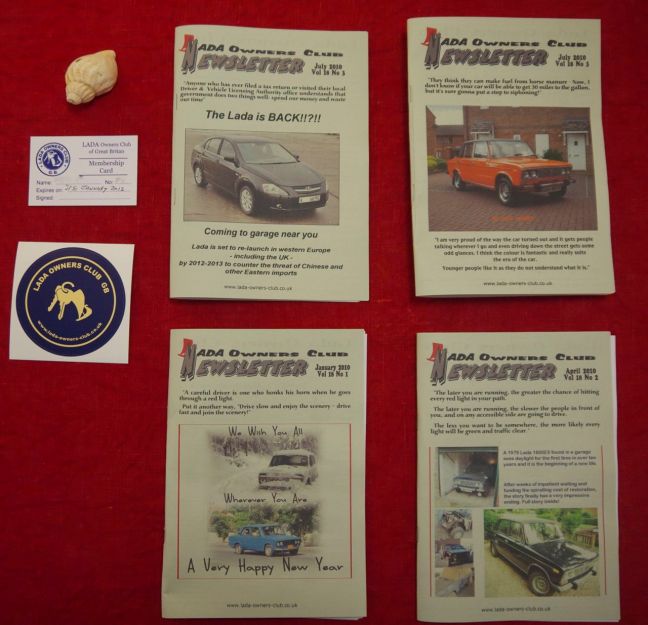 Now look at this. Where else do you get four spiffing magazines, a sticker for your car, a membership card AND the added bonus of being able to access the hive mind of dozens and dozens of fellow Lada drivers.

Go, join the club. Even if you don’t drive a Lada. It will do you good.

BTW, you wouldn’t have a carburator for an 1.5 Riva handy?